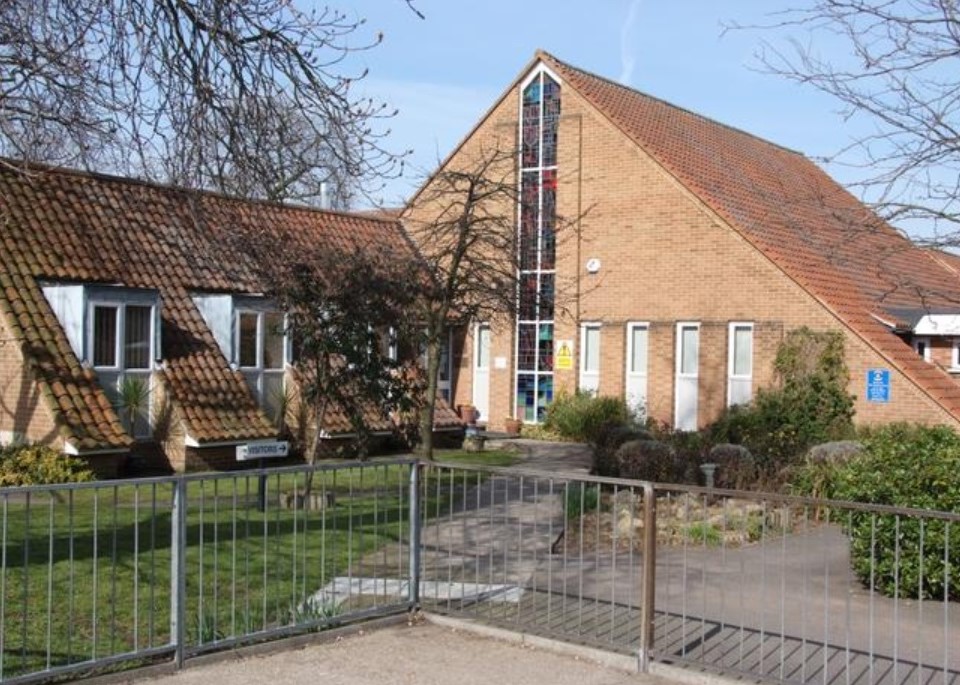 Crayford's first real school building was constructed in Old Road in 1813 with the financial help of the late Miles Barnes. It could accommodate 150 children, with separate sections for girls and boys. Further back were stocks used to punish seriously naughty boys.

In 1839 a school exclusively for girls and infants was built on the site of the present St Paulinus Court flats on Glebeland donated by the church.

A school for 100 boys was built in Iron Mill Lane, opposite the present site, in 1857. It cost £900, partly paid for by the sale of the Old Road Building, which was bought by David Evans. He demolished it and built a row of cottages in its place.

Disaster struck when the girls' and infants school was hit by a bomb in 1940. The children moved to the boys' school and it became mixed. Pupils continued to use the building until the 1970s when it was well over 100 years old. In 1973, the Right Rev David Say, Bishop of Rochester, laid the foundation stone of the present building. It opened officially the following year. The old school was demolished for house building.

The new school was extended in 1983, again in 1995 when the infant section was added, and then again in 1999 when the practical suite and staff room improved the facilities once more. 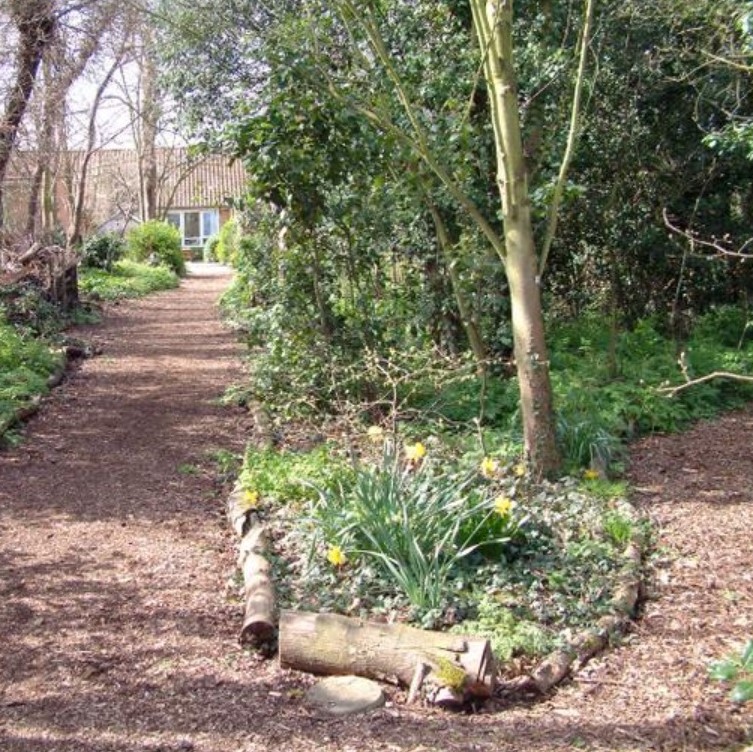 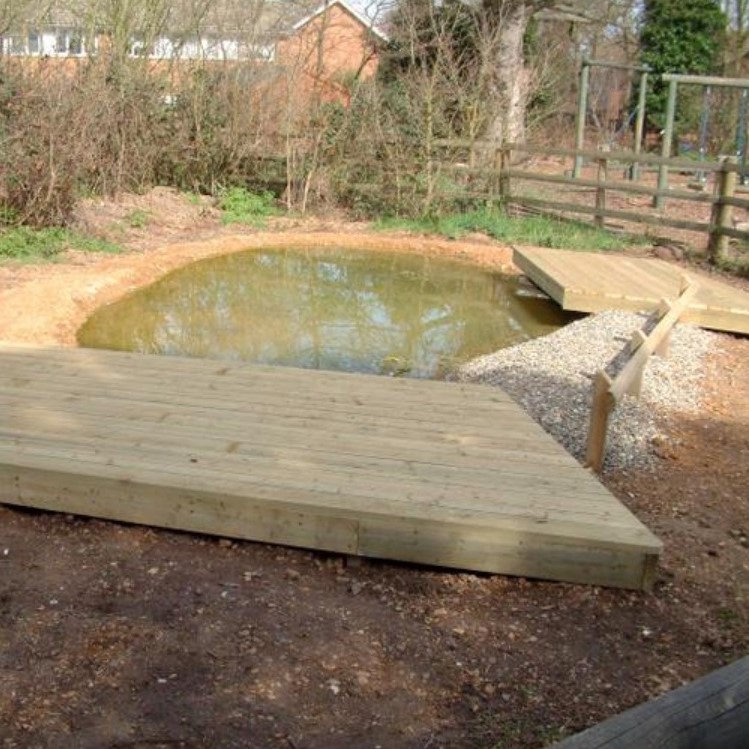 The school field was separated from the building by a wooded area, thick with brambles and nettles. The only way to get to the field was via a narrow and winding path. In 1994 a working party of staff and parents was formed, originally with the intention of creating one wide, straight path to the playing fields to improve safety for the children. In fact, they went on to make a network of paths through the area, some opening up into wide clearings big enough for a whole class to be able to see and hear the teacher.

This massive project was achieved with the help of Bexley Rangers and staff, parents and pupils who undertook heavy work and planted trees and shrubs.

In 1996 the project won £850 in a Bexley Environment Competition. This was added to £1,000 donated by the Parent-Teacher Association and was used to build a pond, bird hide, seating and the school badge flowerbeds at the front of the school. Later that year the school won more money in the London in Bloom Environmental Garden Competition and a rockery and butterfly garden were added.

Just four years later, in 2000, St Paulinus became the only state school in the country to be awarded the Millennium Marque by the Tidy Britain Group.

Such beautiful grounds and outdoor classrooms have to be continually maintained. This is achieved by the voluntary help of parents, pupils and staff who give up their time to attend regular work parties. The development continues, with Year 3 currently working on a secret garden, complete with its own stage, and improvements to the reception garden, including a winding cycle path. 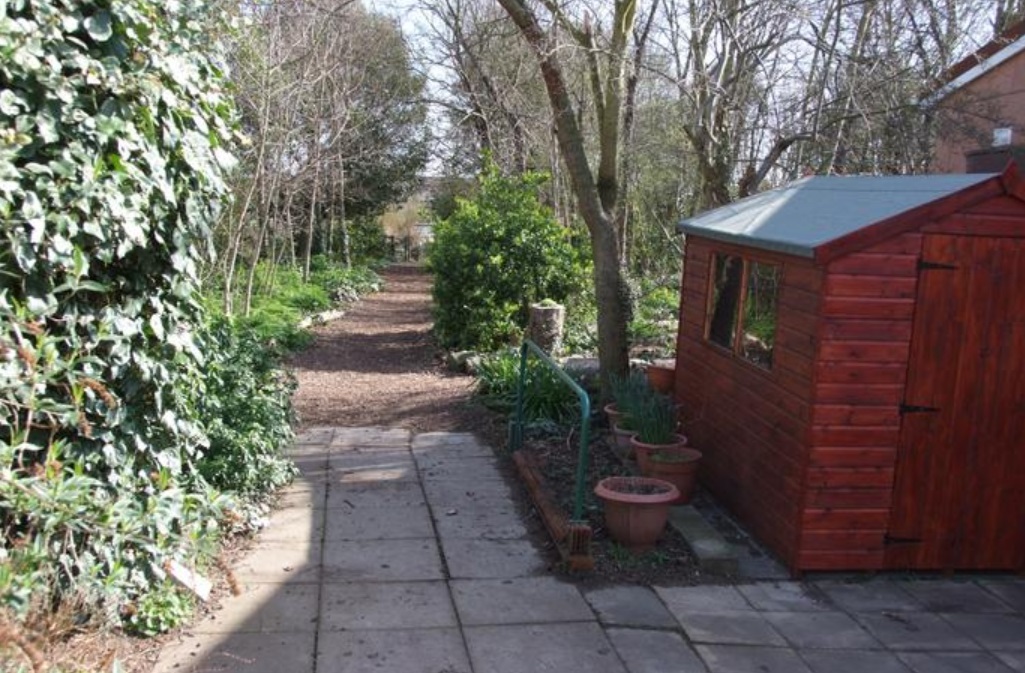 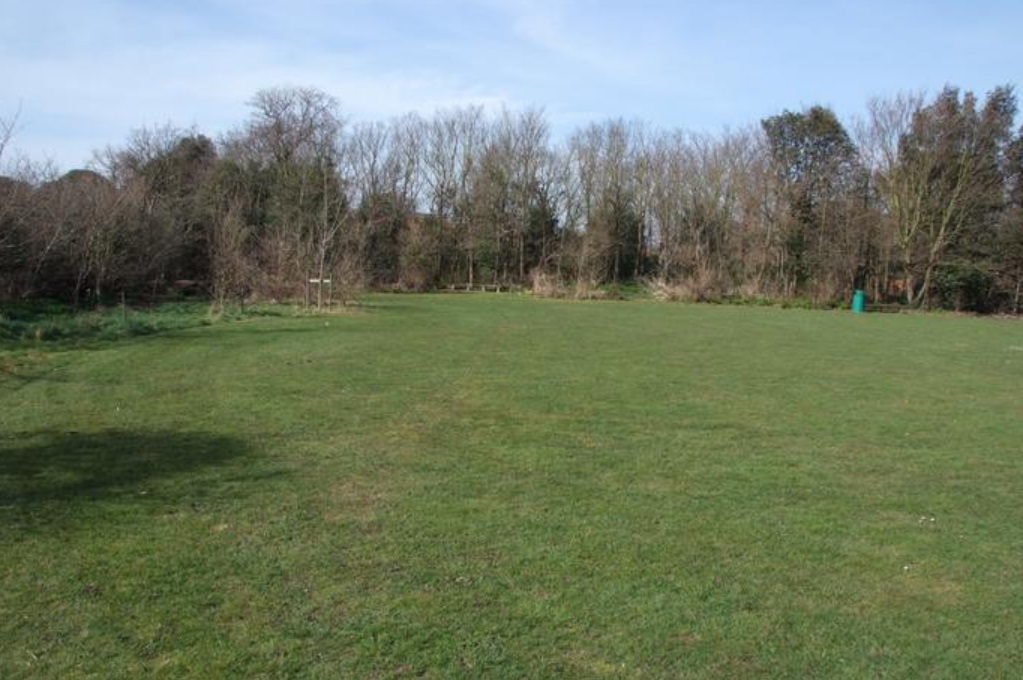 Headteacher Miss Teague was delighted with the new infant school when it opened in 1866 but by November a smokey stove was causing serious headaches, which meant the doors and windows had to be left open. Eventually, they tried turning the stove off altogether but "this caused nearly all the school to cry. They did nothing but march and exercise all morning and in the afternoon many stopped at home".

In the early 19th century, pupil-teachers did much of the teaching. Harriet Welling, a pupil-teacher at the infant school, was sacked for "irregularity at lessons"

In the 19th century, schooling had to be partly paid for by the families of pupils. 2d was collected from each child on a Monday morning. In 1886, Miss Cook (headteacher of the girls' school until 1888) sent 15 children home for their school money but "five stayed away the whole week in consequence".

In 1896, Mr Brown (headteacher of the boys' school 1878-1907) arranged each class with the boys "seated from the head of the class to the bottom, exactly according to the total of marks earned by the examination". He felt one advantage of this was that "if a boy in the rear of another should copy, he does so from a worse man than himself".

Poverty caused attendance problems for the school in the late 19th century.

In September 1899 23 infant children went hop picking and Mr Brown (headteacher of the boys' school 1878-1907) wrote: "boys mind the baby while the mother picks gooseberries". Many of the boys were exhausted after getting up to work at 3 or 4 am and he occasionally told a boy to rest his head on the desk and sleep.

Poverty also caused problems with cleanliness. Miss Cook (headteacher of the girls' school until 1888) sent a child home with ringworm on her neck. In 1895 another girl was sent home "to have her hair attended to as it was in such a condition that she wasn't fit to sit with other children".

Ideas about punishment have changed a good deal. In 1866 a child punished for stealing "had to have but dry bread for his dinner". An infant who made a face was told to "stand in the middle of the room with his pinafore over his face telling the rest of the school we did not like to look at the face of so rude a child." Mr Brown (headteacher of the boys' school 1878-1907) whipped a boy for "wilful and determined disobedience" and said "Since then he has been all that one could wish... It often happens in the life of a boy or wilful girl that a good whipping brings them to their senses better than anything and possibly they never need it again." In 1908 Mr Darker (Boys' head 1907-1933) would give any boy who was late for school a rap across the hand with a cane.

Mr Darker (boys' head 1907-1933) expected his staff to wear a hat so they could doff it to him on their arrival at school each morning. He himself always touched his hat to pupils he met in the street. The first thing he did when taking over at the school was to get rid of the slates and start a school library. The dedicated Mr Darker not only ran the school during the day but also taught adults in the evenings.

There is a tradition of innovative gardening at St Paulinus School. Mr Darker (boys' head 1907-1933) introduced gardening lessons in 1913. By 1915 the school had 15 plots, with the produce given to the boys. The efforts were supported by a local businessman who donated four loads of horse manure. In 1918 the pupils won four prizes in the Crayford Cottage Allotment Society competition.

When Miss Laura White (headteacher girls' school 1906-1935) began her duties she was full of change and new ideas. She gave treats to girls whose attendance was good, bought lantern-slides, introduced cookery, covered the walls with bright pictures and started an hour of hockey a week for the top class but this was stopped by the Kent Education Committee who did not approve of organised games.

St Paulinus had its own drum and fife band in 1908. Pupils practised in their lunch hour and after school.

Poverty was still a problem in Mr Darker's time (1907-1933). One boy arrived at school in rags and tatters with one shoe and another slipper on his feet.

He was taken to a secondhand shop and kitted out by a teacher. Another boy died of tetanus in 1909 after treading on a nail in boots which were so worn they did not protect his feet. Mr Darker also said, "The children's education suffered from the want of proper feeding."